As Australia’s second most populous city investors and homebuyers are invariably curious as to what lies ahead for Melbourne’s property market in 2020.

Although national house prices were still trending lower across most states in 2019, the downturn appears to be easing, with the rate of decline slowing. Since May, we have had two crucial developments: a win for ScoMo’s Coalition in the federal election and an interest rate cut from the Reserve Bank – two events which appear to have prompted consumers to be a little more optimistic about the future.

This has been reflected in the latest data courtesy of CoreLogic’s, with Sydney and Melbourne markets both in the black for June – growing 0.1% and 0.2% respectively. This is big news since neither city has experienced positive growth since their mid-2017 peak. Melbourne has also recorded a preliminary clearance rate of 70% for July – contrast this with a clearance rate of 59.9% last year.

Let’s look at the factors behind this and what the future could hold for Melbourne’s property market in 2020.

The housing downturn is easing: reasons to be optimistic

A number of interrelated macroeconomic and political developments are behind the renewed optimism and turnaround in public sentiment in the property market, specifically:

Lower interest rates. With the RBA cutting interest rates to a historic low of 1 per cent, June and July saw the first back-to-back rate cut since 2012, which means borrowing is cheaper.

Looser credit lending restrictions, set by the Australian Prudential Regulation Authority (APRA), mean banks can now set their own serviceability criteria, with borrowers only needing to be able to service loans if interest rates are raised 2.5 percentage points higher.

With the Federal election over there is also certainty for consumers, investors and markets. The Coalitions policies are perceived as ‘investor friendly’, with promises of tax cuts and a return to budget surplus, alongside funding for a number of job creation initiatives and infrastructure projects. Labor’s proposed changes to negative gearing and capital gains tax (CGT) discounts alienated voters, particularly those considering investing in property.

First home buyers grant – officially the First Home Deposit Scheme – could also provide some stimulus to the market when it kicks off on January 1 2020. Eligible first home buyers will be able to lend up to 15 percent of the purchase price of a property, if they have already saved an initial 5 per cent deposit.

Overall this mirrors our own Consumer Sentiment Report for Q2 2019, which records national consumer sentiment on the rise after being on the decline for over a year. In May the index surged to +2.0 before reaching +3.6 last month, the highest national index since March 2018.

Now let’s take a look at what leading analysts are making of Melbourne’s property market prospects for 2020.

Senior Economist Felicity Emmet
ANZ Senior Economist Felicity Emmet has a relatively optimistic forecast for Melbourne in 2020, with a 4.3% increase for house prices – with a fall of 2.1 per cent for 2019. She also believes the Victorian capital will outperform all other capital cities, and expects price growth to be supported by strong population growth and a shortage of housing supply.

His modest outlook stems from a number of factors, including consumer caution and an unwillingness to take on more debt, stagnant wage growth and the ongoing housing affordability crisis.

Associate Director Angie Zigomanis
Property analysts at BIS Oxford Economics are positive about growth in Melbourne house prices, with houses predicted to increase by 7% and apartments by 4% between now and 2022. They do however caution that a slowing economy could weigh on demand, as will an oversupply of housing.

Moody’s Analytics
According to CoreLogic-Moody’s Melbourne is set for modest growth with house values returning to month on month growth, with houses predicted to grow 1.3% in 2020 while units set to fall -0.3%.

Housing Outlook
Like Moody’s, QBE’s annual Australian Housing Outlook is more cautious in their forecast, and are expecting median house prices to fall (-2.5%) for the period 2019 – 2021, alongside units (-2.1%).

What is consumer sentiment saying?

Our Consumer Sentiment Report shows that consumer sentiment in Victoria has improved since the election, rising from +0.8 at the end of March to +3.6 in June. There is a similar trend for Melbourne where people are now more optimistic, with 60% of sellers believing home prices will increase within the next six months. Just 37% thought the same in March this year.

“People are now more optimistic, with 60% of sellers believing home prices will increase within the next 6 months”

Overall it appears pundits and homeowners alike are optimistic that there will be price growth in the Melbourne market in 2020 – only time will tell if this eventuates. The rest of 2019 is likely to be characterised by a further softening in prices, though at a slower rate – though some postcodes could even see a reversal in their fortunes. 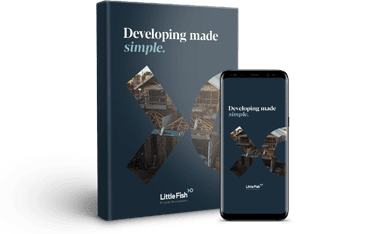 Please tell us where to send your free development guide.

Your Information will never be shared with any third party

Please tell us where to send your free development guide.

Your Information will never be shared with any third party