Two questions we at Little Fish get asked on a daily basis are around cost and time.

So, in this real estate development case study, I’m going to share everything cost and time-related for a three-townhouse site we completed for a client at the end of 2019.

I’ll break down every facet of the project so by the end you’ll have some clarity around what costs are involved and the subsequent timing.

I’ll also share the result as far as NET profit and the clients return on investment.

The property was purchased by our client in September 2019.

It was a cracking corner site in a great location, and it was purchased with the aim to knockdown the existing dilapidated property to build three 3-bedroom, 2-bathroom, single lockup garage dwellings.

The aim was to sell all three new properties off the plan. The overall objective of the project was for us to maximise our client’s returns.

Spoiler alert, we knocked it out of the park even given the unfavourable market conditions experienced throughout the duration of the project.

It was a three-townhouse corner site, with south-facing private open space. It was approximately 690 square meters of land with a 22m frontage and 34m in depth. It’s important to note that the site had a favourable setback on the front which was the north boundary.

Given this and the side boundary had a 3m setback requirement, it put the project in good space to achieve three 4-bedroom, 3-bathroom dwellings each with approximately 22 squares of living. when the client was only expecting the 3-bedrooms.

It was a great result for the project and its bottom line which you will see later when we break down the numbers.

Before we get into the numbers let’s take a look at the project’s timeline.

Below is the timeline for this real estate development case study for Milford Street Newport. Milford Street falls in the Hobson’s Bay municipality which is notorious for being slow with their planning approvals.

This proved to be true on this project, costing at least a couple of months more than what we would have typically expected.

The key as a residential property developer is to make sure that everything that’s in your control is done timely and efficiently. This will minimise the impact of a slow council.

If you’re slow and inefficient and the council drags their feet this is when the timing can really get blown out ultimately affecting your bottom line – which can be significant.

As with all of the projects that we get our hands on here at Little Fish all subdivision requirements were met timely. And the new titles were registered prior to construction completion.

This allowed our clients to settle with their buyers who had purchased off the plan 14 days after the builder’s practical completion, again helping soften the blow of those additional month’s council took with their planning approval.

Now you have some perspective around the timing, let’s get into the numbers.

Let’s start with the costs.

For the purpose of this real estate development case study I have broken the costs down into seven categories:

These include everything directly related to the purchase of the property including the contract prices, stamp duty and relevant adjustments including conveyancing.

These were the costs incurred from the purchase of the property right through until town planning approval.

So essentially in this case all of the costs for the first 10 months.

These costs included the land surveying. So, the re-establishment and features and levels surveys. An arborist report for some council trees, the drafting and planning costs and the deposit for our development management services.

These were all the costs incurred from the planning permit approval right up until construction.

They include the demolition, tree removal as there were three council trees that needed to be removed due to the new cross over locations.

The construction documentation, the interior design package, the plan of subdivision application. It also includes two power pits due to it being a three-site and having no common property.

And all the service connections such as NBN, telecommunications and the water. Our development project manager stage two invoice for achieving town planning approval was also paid at this point.

All of our construction contracts fixed price and are full turnkey so it included everything you can think of from the landscaping to the letterboxes, clotheslines and everything in between.

It also included some additional funds for earthworks after we hit some rock. This was expected given the location of the site but there were some costs for additional concrete and machinery.

Our stage three project management invoice for construction commencement was also paid at this point after we had run the full tender process, engaged the builder and they had started on site.

These were some minor costs for marketing assets to support the sales campaign. It included some 3D renders, the hoarding and marketing banner the custom brochure design and printing.

As with most of the projects that we get our hands on early enough the bank interest was capitalised.

Essentially meaning that the interest was accrued over the duration of the project and paid from the proceeds of the sales. When they were settled at the end. So, when the loan was closed out.

And finally, we had some completion costs.

These included the agent’s sale commissions and portal listings which were also both paid at settlement of the three sales.

There was an open space contribution payment to the council as it was a three-site. And there were some minor settlement costs and lastly, our final project management invoice was paid upon the project’s completion.

As shown on the timeline earlier in the article (and on the expert below) all three properties were sold off the plan and the new titles were registered timely.

So, the properties were able to be settled with the buyers 14 days after the builder issued the certificate of occupancy.

The key is to settle with your buyers as soon as possible so you get your money sooner. You can then pay down your debt and roll into your next project.

This real estate development case study is a great example of the solid returns you can make undertaking residential property development in Melbourne. If you look at the timing of the purchase and sales, the Melbourne property market did this project no favours.

It was only on the back of solid systems, residential development processes and old fashion hard work that it was still a huge success all around.

The buyers were happy. Our client was flush. And we were pumped that we knocked it out of the park. The key to becoming a successful real estate developer is all about patience and discipline. Your goal isn’t to retire on your first development.

You want to get in the game at a level that you aren’t overexposed financially. This way you can begin to grow your capital with as minimal risk as possible.

It’s no secret that money makes money, so get on the developing merry-go-round and start growing your capital one project at a time.

Side note – looking to do a dual occupancy project? Check out this dual occ case study and this one as well.

Filled under: All Case Studies 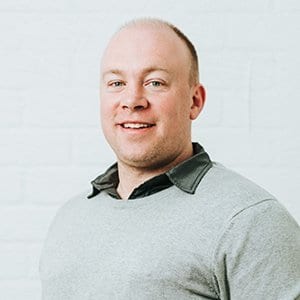 Without a doubt, the two questions we at Little Fish get asked the most are around cost and time. So in this article, I’m going to share a property development case study where I lift up the on a dual occupancy development project that we completed for a client at the end of 2019. I’m Read More Melbourne Dual Occupancy – How to Identify the Perfect Development Site