Home>>Podcasts>>Zed Nasheet on Fleeing the Taliban to Selling Over 1.4 Billion in Real Estate & Becoming Victoria’s #1 Agent

Zed Nasheet on Fleeing the Taliban to Selling Over 1.4 Billion in Real Estate & Becoming Victoria’s #1 Agent

This week on the Little Fish Podcast, we have Zed Nasheet, the founder and CEO of Zed Real Estate. He came to Australia after fleeing the Taliban with his family from war-torn Afghanistan at age 13. Fast forward to today, and he tops the list as the number one agent in Victoria, having sold over 200 million in real estate in the last 12 months alone.

Self-titled property titan, today’s guest holds the title of ‘World’s Fastest Real Estate Agent’ After selling a three-bedroom Melbourne property to an investor 15-minutes after it was listed.

He is now officially the number one agent in Victoria after selling $209,000,000 million dollars in real estate last year.

After emigrating to Australia at just 13, he’s spent the years since scaling the real estate ladder at a record speed. Eventually forming his own agency alongside his three brothers in 2009.

To date, Zed Real Estate has amassed more than 40 staff and sold upwards of $1.4 billion in property boys.

He spent his first 10 years living with 14 people in a two-room house after his family fled the Taliban.

Now he lives in his $5 million Bayside mansion driving a half-million-dollar Lamborghini, he’s put in the hard yards and now reaping the rewards.

And we are going to figure out how he did it!! Give it up for Zed Nasheet. In this very first episode of the Little Fish Podcast, Mike Bird shares his journey from discovering social media and Bitcoin in the early 2000s through co-founding the urban.com.au empire. He talks about never quitting, diversifying for the future and of course, he shares his insights on the Australian property market and where he thinksRead More In our second episode the Little Fish Podcast, welcome one of the hottest reality stars to come out of 2021, the vivacious Danny Hayes! He shares all of big brother’s dirty secrets and his greatest moments on the reality TV show. Danny shares his powerful mantra to live by of never quitting or giving up. HeRead More 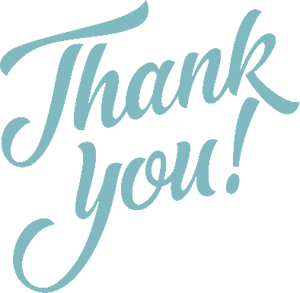